Merge ticket is useful when you have received multiple or different conversations about the same issue, and you need to combine them into one ticket.

These two tickets came into LiveAgent from the same requester > Peter. Both are about the same topic, but contain different data. Let's merge them together. 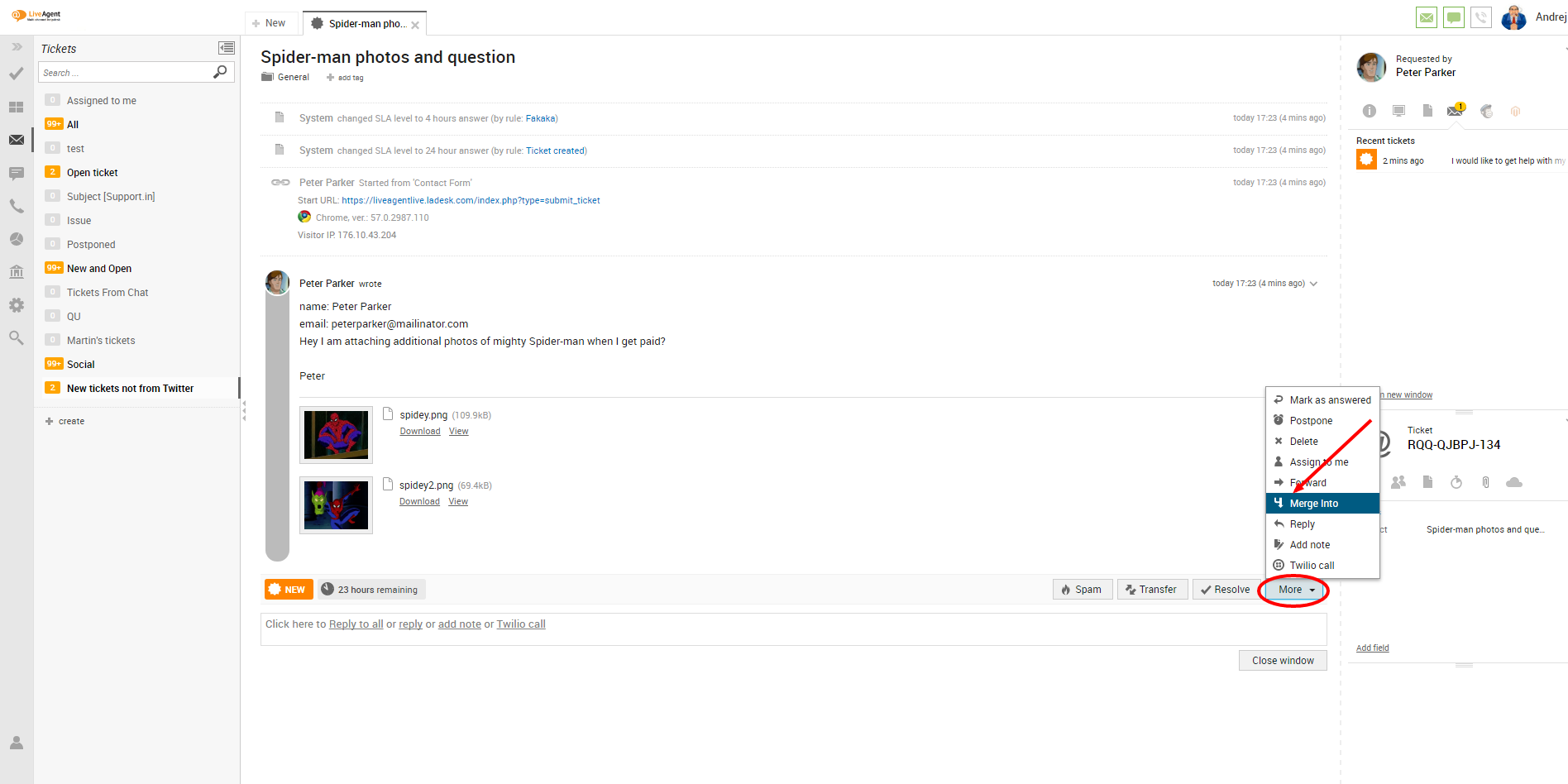