The ban feature is very useful if you ever meet with some unpleasant person/customer. If there is no other "more professional" way, how you can handle such a person on a live chat, you can simply use the ban feature for the specific IP addresses. The following screenshots explain this quick process below.

The ban action is applied to these communication channels: Chats, Contact forms, Calls started via "call us" buttons, Suggestions & Forum posts. Currently, you are unable to ban somebody from sending an email or calling your number via classic hardware phone with this ban feature, but you can always create a Rule which would delete or mark as spam any such ticket/email/call.

How to Ban a customer

There are two ways to Ban an IP address during a chat depending on whether the chat visitor is unidentified or an identified customer. 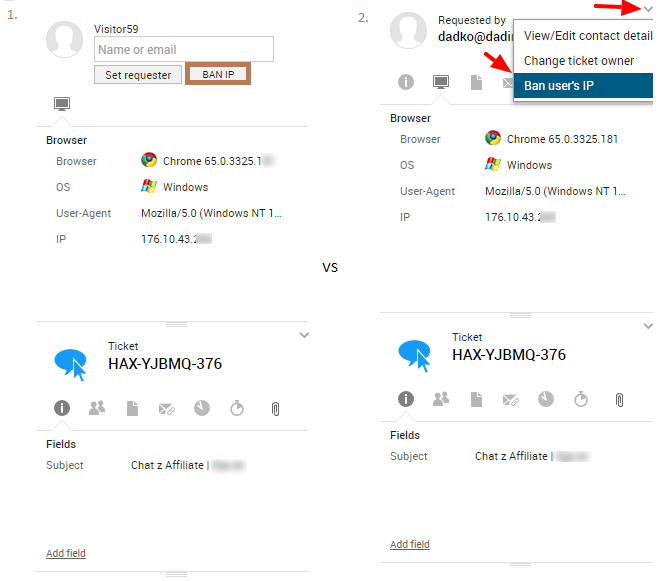 You can ban the visitor directly during an active chat session as shown on the above screenshots. This action will take immediate effect and end the chat while it also marks the chat ticket as spam.

Here is the whole process with full screenshots: 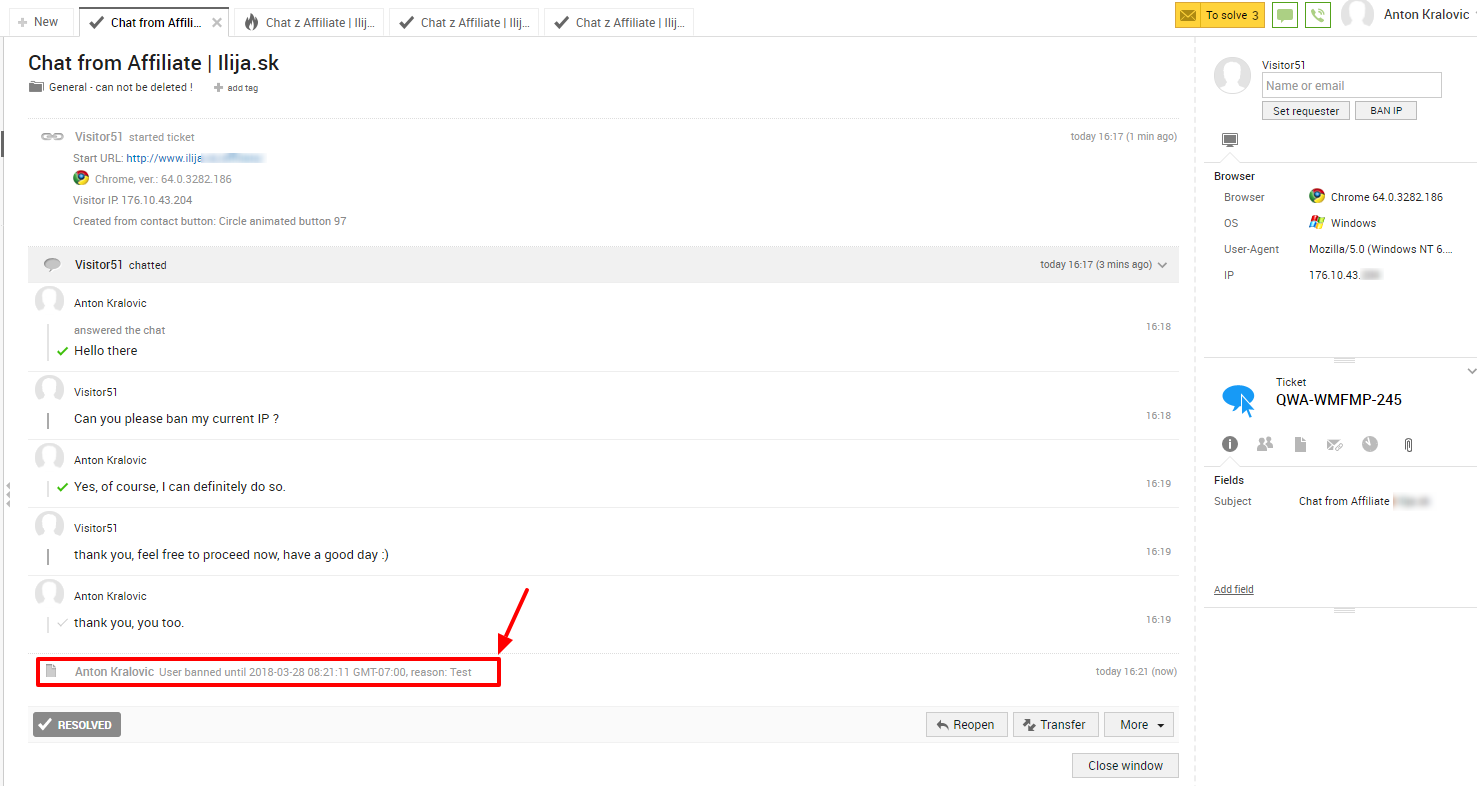 You can see the currently banned IPs in the Configuration > Security > Banned IPs section. There is also an option on this screen to manually ban an IP or a range of IPs

Here is a description of the columns which you can see on this screen:

There are two actions available in the grid:

How to ban a range of IPs

The Add ban button in the Banned IPs section lets you manually ban an IP address or a whole range/interval of addresses. On the below screenshot we are banning a range/interval of IPs from 95.10.45.150 to 95.10.45.250 until 30th March 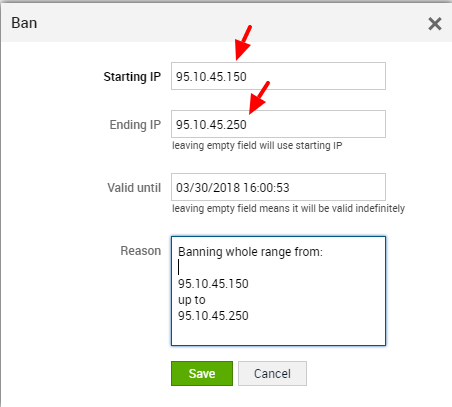 You can see the already expired/inactive bans which were given in the past at the Configuration > Security > Ban history screen. Column description can be found in the above section.